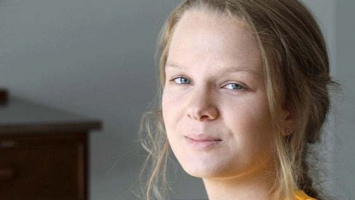 Den L. Scheer grew up on an isolated farm near Grass Patch, WA, before moving to Northam when she was 8 years old.

Graduating from St Hildas ASG in 2010, she now studies Fine Art at Curtin University. Her works of writing have been published since 2008, and from 2008-2010 she won several Young Australian Artist of the Year Awards.

Her debut picture book, In the Beech Forest, written by Gary Crew, was released in May 2012.

Den teaches a number of aspects of art including: art theory focussing on using working lines and shapes, perspective, light and shadow, and utilising tone in black and white drawings; the basics of monoprinting and dry point etching as drawing media; painting with watercolour; animal and human anatomy; the process of designing a picture utilising photo references; and imaginative vs. observational drawing.