Why #metoo Means Listening to Junot Díaz – Not Just His Victims

When American writer Zinzi Clemmons accused Pulitzer Prize-winner Junot Díaz of sexual misconduct at last month’s Sydney Writers’ Festival, it was in some ways unsurprising. While we couldn’t necessarily predict who would be accused, or of what, or by whom, one thing has always been clear: the literary industry would have its #metoo moments. No profession is immune to instances of sexism and harassment.

What I find troublesome about the Clemmons/Díaz accusation is not the public manner in which it was delivered. The point of #metoo is that it’s not hidden behind closed doors where we remain in ignorance of the full extent of the problem. Díaz also had an immediate chance to react and respond, which he did. No, what I find problematic is the insinuation made afterward – that Díaz’s New Yorker essay, in which he writes of his own alleged childhood rape, was a kind of pre-emptive strike. Díaz’s revelations are not an acceptable excuse for his behaviour (which he admitted to in a statement via an agent). But surely they can be viewed in their own right, surely we can feel for the eight-year-old child he once was? Does ‘himpathy’ really render sympathy for any male irrelevant?

And perhaps more importantly, when the world is given an opportunity to ask, ‘Why did this person become a perpetrator?’ I believe we should not shy away from the question. It’s this question that drives my novel, The Things We Can’t Undo, which follows a teen couple through their first experience of sex and the subsequent public accusations of assault.

Make no mistake, sexual assault is a topic that young adults are thinking about, talking about and forming strong opinions about. It’s also a topic they’re reading about. A quick scan of my local bookshop’s YA section yields Brendan Kiely’s Tradition, Amy Reed’s The Nowhere Girls and Jennifer Mathieu’s Moxie – all books which tackle rape culture and ‘boys will be boys’ attitudes head-on, and all released in the past year. In 2015 and 2016, two YA books discussing sexual assaults (Louise O’Neill’s fiction and Kate Harding’s non-fiction) were both provocatively titled Asking For It. The controversial 13 Reasons Why included an assault – and the poor response to it – as one of Hannah’s ‘reasons’ to commit suicide.
As more authors and readers delve into complex and difficult subjects, YA fiction has taken its place as an area where teens can safely explore questions of sex and consent. For young women in particular, this can be empowering. But what of the young men? Are they reading the same novels, and if so, do they find it difficult to empathise with the characters? After all, this requires them to frame themselves in the role of either the victim – in a novel, usually a female – or the story’s villain and perpetrator.

Whatever else I might have done to be a bad boyfriend or to somehow hurt her, I know I’m not a rapist. You don’t accidentally rape someone.
– The Things We Can’t Undo, chapter 7

I genuinely believe that preventing rape is as much about education as it is about consequences. Because the reality is that before #metoo, Díaz probably did not think of himself as an abuser, a harasser or a sexist.

The Things We Can’t Undo is as much – perhaps more – the story of Dylan (the accused) as it is the story of Samantha (his girlfriend/victim). It’s written in alternating perspectives, where Dylan’s chapters are given first person narration and the other chapters are epistolary in style. I chose to focus on the voice of the perpetrator rather than the voice of his victim for a simple reason: to prevent more people from becoming victims, we must prevent more people from becoming perpetrators.

When we stop thinking of assault as something that is only committed violently in alleyways or carefully with Rohypnol, young people have to face the reality that yes, they might ‘accidentally’ rape someone if they don’t deliberately seek affirmative consent. My novel invites teen boys to empathise with someone who has been accused, and more importantly, with an ordinary boy who believes himself innocent. It’s a book which I hope will spark conversations, whether in a classroom or at home.

The cries of #notallmen that became a mockery in 2014, were so loud and defensive because most men (most people!) think they are good people. What is even more uncomfortable to accept is most of them are. How can that be? How can good people do terrible things? In an instance of sexual assault, we often hear ‘she’s someone’s sister, mother, daughter and friend’; less so ‘he’s someone’s brother, son and friend’. But I assure you, he is.

When it comes to Díaz’s revelations, it’s important to note that the vast majority of abuse victims do not grow up to be abusers. But some do. This is all the more reason to prevent childhood abuse and to provide therapy for victims. To say so does not negate the needs of those victims who don’t abuse. Nor does it mean that abusers who were once victims themselves should be excused from the consequences of their adult behaviour. Empathy for the child-Díaz and consequences for the adult-Díaz are not mutually exclusive.

The ‘reasons’ that people harm one another are many and varied. Privilege, entitlement and power certainly play a role in many cases, and that too needs addressing. After the recent Toronto shooting, the ‘incel’ (involuntary celibate) movement and associated misogyny gained attention and demonstrates a radicalisation of young men which also needs tackling. We cannot ignore one possible ‘cause’ for assault in favour of another, just as we cannot ignore one victim in favour of another. Simple ignorance, and the way consent laws are framed, are possibly easiest to combat with education, something my book tries to do and what high school teachers across the country are already doing.

Teachers, parents and librarians were once seen as gatekeepers of what literature our children access, but censorship has never been less popular. Instead, we are now embracing the role of guide, reading what our children read and discussing it with them. Classrooms across the country are having difficult discussions, whether about the #metoo hashtag in social and ethical issues of Information Technology or proposed reforms to consent law in Legal Studies classes. When English teachers and librarians find stories that explore a tough topic poorly, or include it merely for shock value, we talk about what makes it problematic and point students towards better representations. When we find stories that make us think, we encourage our children and students to think too. I hope that The Things We Can’t Undo is one of an increasing number of such stories, but however your conversation starts, I hope you don’t shy away from the tough questions – because there will be another Junot Díaz, another James Dashner, another David Foster Wallace until our young men and women learn how and why not to follow the same paths. 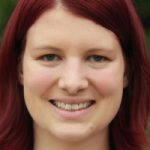 Gabrielle Reid is a high school teacher and writer based in Newcastle, NSW. She has previously written for Mother.ly, Kidspot, Tincture Journal and more. Gabrielle is the author of The Things We Can’t Undo (Ford Street, 2018) and a mother of three young children. 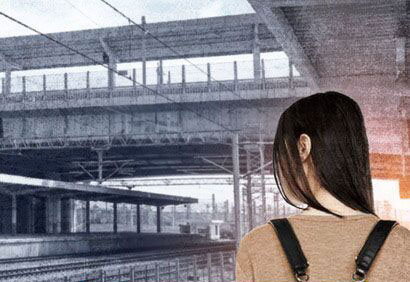 Creative Net has helped me plan my events without delay. Confirmation and tentative dates are booked efficiently with a quick response. 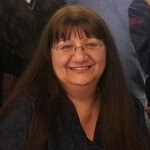 Find your event’s inspirational presenter today and submit an enquiry.

And remember,
there’s no booking fee