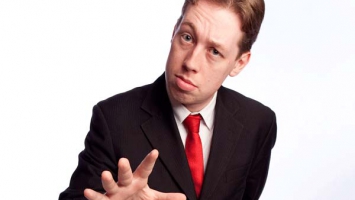 Michael began his comedy career after winning a comedy competition in high school.

Since then he has appeared on TV shows such as Australia’s Got Talent, given countless high school motivational talks, and performed in all of Australia’s best comedy clubs.

Using hilarious stand-up comedy, Michael encourages students to not let the negative aspects of school such as bullying and peer pressure stop them from reaching their goals.